Ok, so I have a Lenovo Notebook that I use for everything right now. It's decent enough to do what I do. I'm using it right now, in fact. I can use the internet. It works for programming. Sure, it isn't a top-of-the-line model, but it's getting the job done! 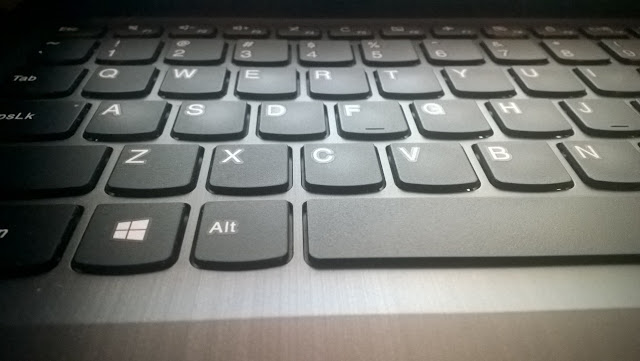 Except, when I take it with me on my daily bike or train ride and it's hanging out in my backpack adding 5 or 6 pounds to the load. Then it sucks! I need something lighter. I'm considering a Chromebook but I don't know which one. Maybe it doesn't matter since they're priced so low that it's not like it would be a total loss if it wasn't that great. But then again I don't want to be so annoyed that I can't be productive. I plan to blog a lot on it and need it to be portable.

Here are a few that I have in mind (I really am buying a netbook, but I want to mention that all the links are affiliate links, so if you would like to purchase any of them I get the benefit of a commision at no cost to you...and a big thank you if you do!):

The only thing is they come in dark blue. I'm not too concerned with color so long as it's not a standout color, but I would prefer something dark-grey or black.

I could go with a Samsung Chromebook 3 XE500C13-K03US. It has a 4-GB RAM and a 32-GB Hard Drive. And, oh look! 2.54 lbs! And what else? A Dual-Core Intel. Hmm...Samsung, should I give you a shot or keep looking? There's only one left, but I am a sucker for familiar brands. I haven't had a Samsung laptop. I know other folks have had some problems with other types of Samsung products. 4 stars for this though. Let's see what else:

This Acer Chromebook 11 is looking mighty nice in Clamshell White. Not really my taste. I would get one for my daughter though. Ok, so it does come in black too.

I do have experience with HP products - mixed but generally good on the hardware side. So there's the newest HP 11.6” HD IPS Touchscreen Chromebook. Touchscreen, eh? I never really worked with a touchscreen before. I might give it a shot! It's pretty lightweight at 2.5 lbs. Says the battery will last 12 hours on average! Most of the others were around 9, so that seems pretty good! 2 processor cores - another plus. The 16 GB hard drive is a bit of a drawback.

In the end, I think I'll go with the masses. That second ASUS with the 32 GB has the most reviews and a four-star rating at the moment. Seems like it would be the best all-around. It's just a little more pricey than some of the others, but you get what you pay for right?
Posted by @philn5d at 11:07 PM